"The names of the men and women from the District of Columbia who gave their lives in the World War are here inscribed as a perpetual record of their patriotic service to their country. Those who fell and those who survived have given to this and to future generations an example of high idealism, courageous sacrifice and gallant achievement." 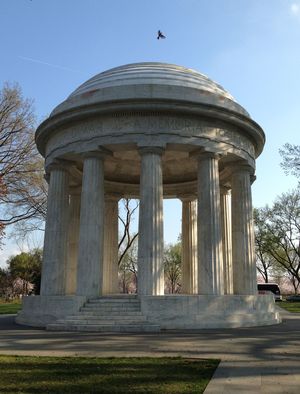 World War I Memorial for the Washingtonians who lost their lives

Was he included in the draft?

Found on list: World War I Memorial for the Washingtonians who lost their lives