The Wedge and the Delaware Divide 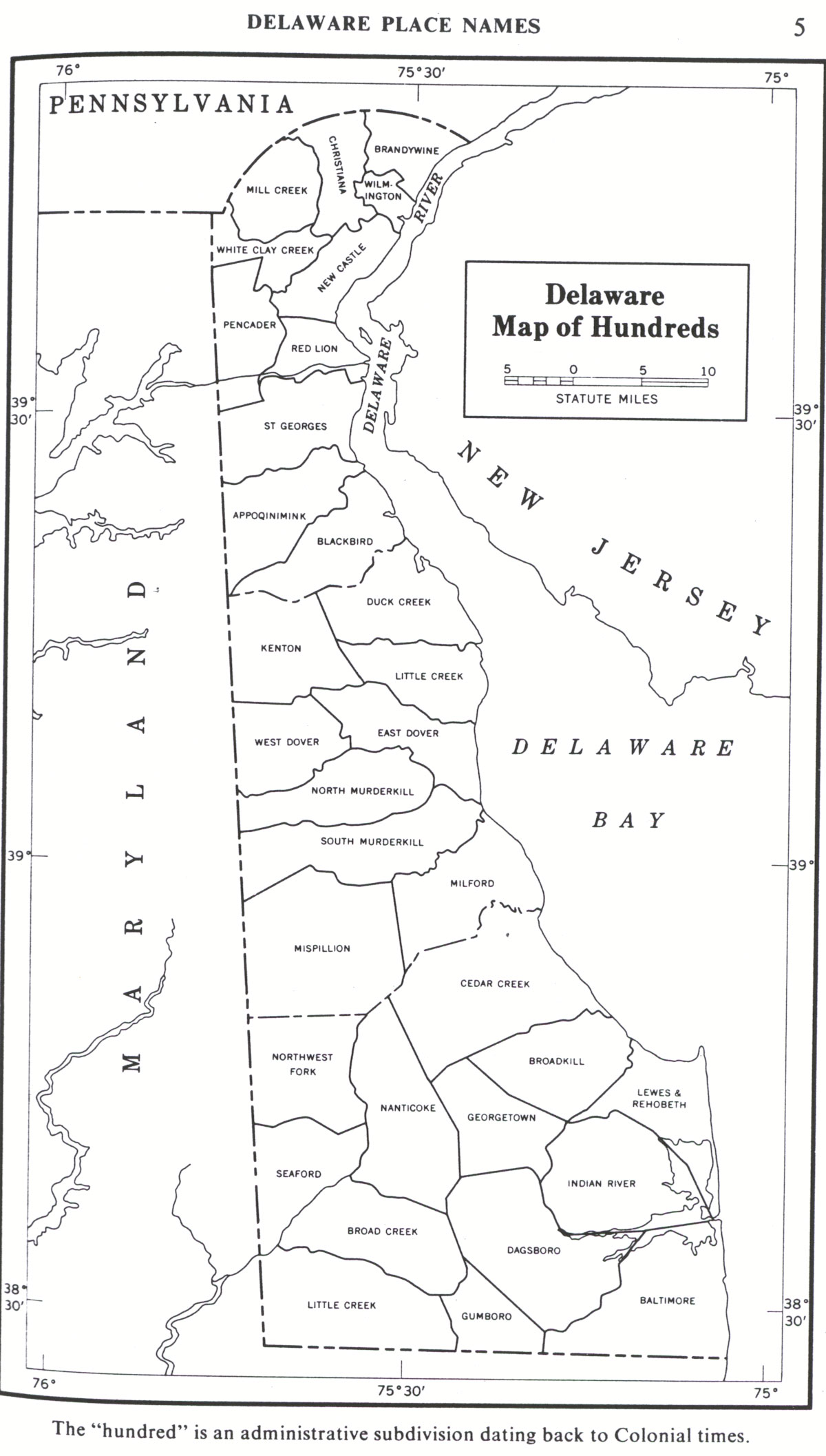 "Hundreds" is a geographic division, smaller than counties and roughly equivalent to the division "townships" in Pennsylvania and New Jersey. Delaware is the only state which currently uses this division. There are thirty-three hundreds today. The most recent changes to hundreds were in the 1870s when the last two were established: Gumboro in 1873 and Blackbird in 1875. Prior to the 1960s, hundreds were used as voting districts and as units for reporting taxes. The remaining use of hundreds today is in property tax assessments (tax parcel numbers are assigned by hundreds).

The use of hundreds in America dates back to colonial days. Hundreds were used as a sub-county division in England and were introduced in some of the British colonies. For Delaware, the origin is cited as a letter written in 1682 by William Penn, the newly- appointed Lord Proprietor of the province of Pennsylvania and the counties on the Delaware. Penn directed that from this point onward, settlements be divided into sections of 100 families. The first use of the term Hundred in official records relating to the Delaware colony dates to 1687, when reference is made to "a list of taxables of north side of Duck Creek Hundred." (from the New Castle County court records, Returns of the Constables, as cited in Scharf, p. 611f).