Our Vote: History, Advocacy and Justice

The 2019 Soles Lecture will be kicking off a three-semester long teaching initiative called, "OUR VOTE: History, Advocacy and Justice." This is a University-wide program engaging classes, events, and activities across campus from Fall 2019 through Fall 2020, in celebration of the 19th Amendment. 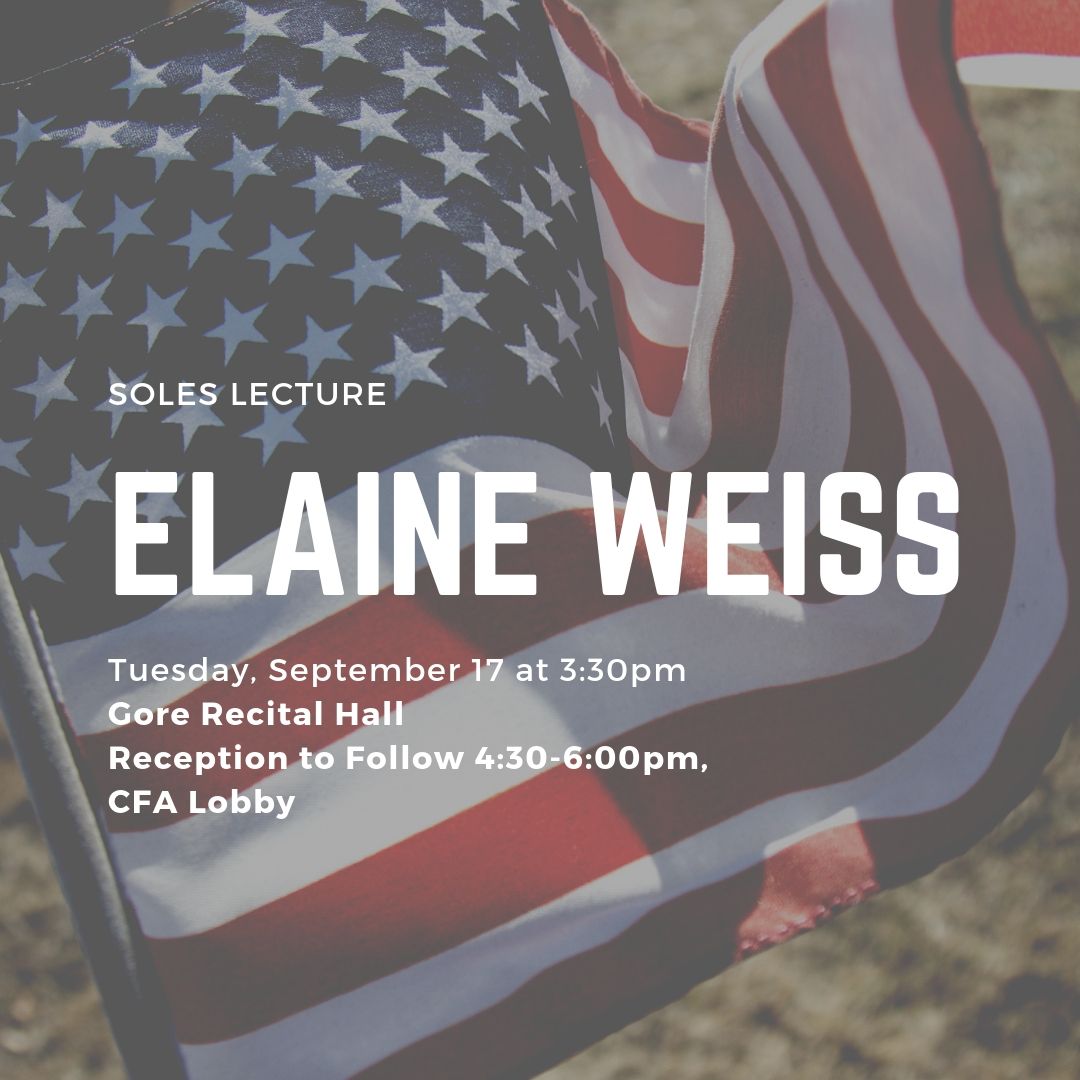 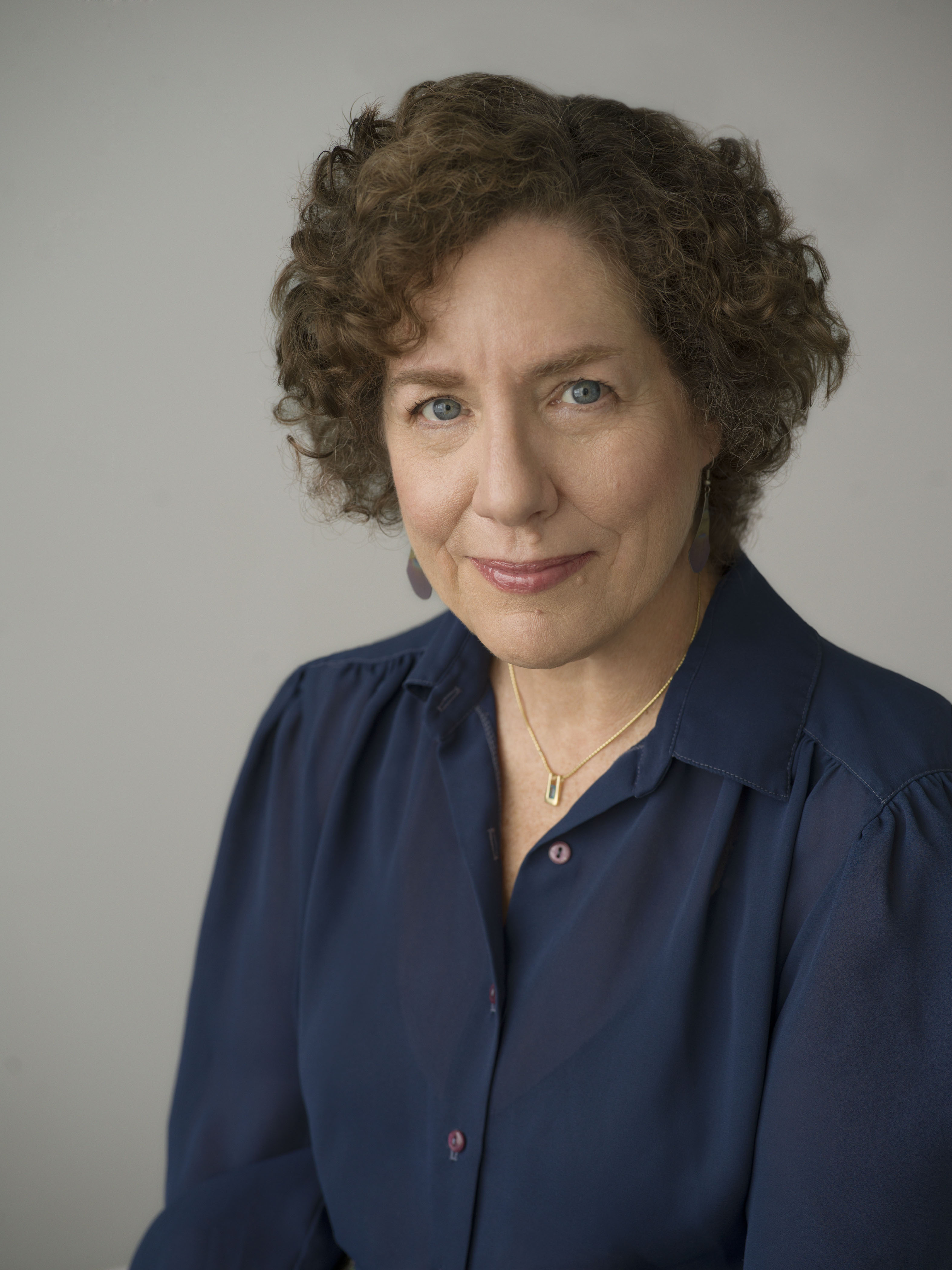 Elaine Weiss is a Baltimore-based journalist and author, whose feature writing has been recognized with prizes from the Society of Professional Journalists; her byline has appeared in many national publications, as well as in reports for National Public Radio. Her first book, Fruits of Victory:The Woman's Land Army in the Great War was excerpted in Smithsonian Magazine online and featured on C-Span.

Weiss' new book, The Woman's Hour: The Great Fight to Win the Vote (Viking/Penguin) has won glowing reviews from the New York Times, Wall St. Journal, Christian Science Monitor, and NPR, among others, hailed as a "riveting, nail-biting political thriller" with powerful parallels to today's political environment. She has presented talks about the book and the woman suffrage movement at the Library of Congress, National Archives, New York Historical Society, and many other venues. The Woman's Hour won the American Bar Association's highest honor, the 2019 Silver Gavel Award. Steven Speilberg's Amblin production company has optioned the book for adaptation, with Hillary Rodham Clinton serving as Executive Producer. 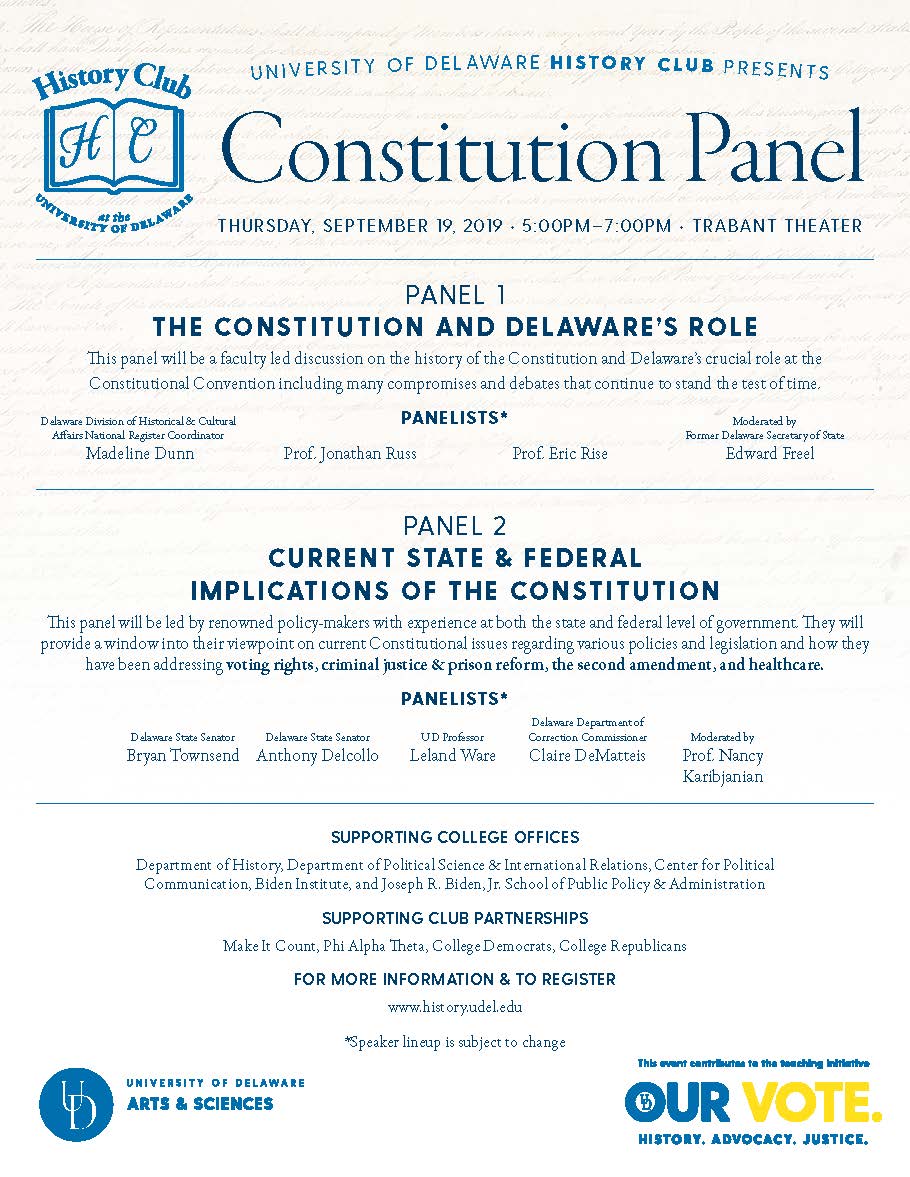 To register for the event visit: https://www.history.udel.edu/news/Pages/Constitution-Panel.aspx