Saints Rising is a documentary presenting the voices of New Orleans years after Hurricane Katrina and the breach of the levees. From children to volunteers, they discuss the troubles that were left behind after the waters receded: the violent and militarized response, the housing crisis, homeless situation, difficulties in obtaining financial assistance/relief funds, how the youth have been mentally affected, and the grassroots movement to rebuild the city and their lives. It's not just about New Orleans; it is about the ethical treatment of human beings.           Third World Newsreel, [2009]

Using comprehensive analysis of events, hours of government audio tapes, and personal interviews, National Geographic takes viewers into the eye of Katrina to uncover the decisions and circumstances that determined the fate of the Gulf residents.       Warner Home Video, 2005

This documentary takes the viewer inside Hurricane Katrina in a way never seen on screen. Incorporating home footage shot by Kimberly Rivers Roberts -- an aspiring rap artist trapped with her husband in the 9th ward -- directors/producers Tia Lessin and Carl Deal weave this insider's view of Katrina with a devastating protrait of the hurricane's aftermath. Trouble the Water takes audiences on a journey that is by turns heart-stopping, infuriating, inspiring and empowering. It is not only about the tragedy of Hurricane Katrina, but about the underlying issues that remained when the flood waters receded -- failing public schools, record high levels of incarceration, poverty, structural racism and lack of government accountability.     Zeitgeist Films, [2009], ©2008

Hurricane Katrina: The Storm that Drowned a City, DVD 2493

Featuring eyewitness testimony, Nova takes an in-depth look at what made Hurricane Katrina so deadly and analyzes how, despite technically sophisticated flood and storm defenses, this event has resulted in unprecedented destruction for the Gulf Coast. In less than 12 hours on August 29, 2005, Hurricane Katrina devastated the Louisiana coast, leading to more than a thousand deaths and transforming a city of over one million into an uninhabitable swamp. "Storm That Drowned a City" is NOVA's definitive investigation into the science of Hurricane Katrina, combining a penetrating analysis of what went wrong with a dramatic, minute-by-minute unfolding of events told through eyewitness testimony. What made this storm so deadly? Will powerful hurricanes like Katrina strike more often? How accurately did scientists predict its impact, and why did the levees protecting New Orleans fail?   WGBH Boston Video, [2006] 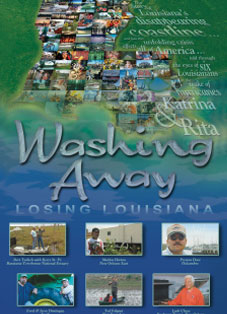 Behind the enduring images of heroic rescues undertaken by the New Orleans Police Department in the aftermath of Hurricane Katrina, there is another story of law enforcement in crisis, even out of control. This year-long, ongoing collaboration among Frontline, ProPublica, and the New Orleans Times-Picayune investigates charges that NOPD officers inappropriately used lethal force against New Orleans citizens and then tried to cover up their actions.     PBS Distribution, [2010] 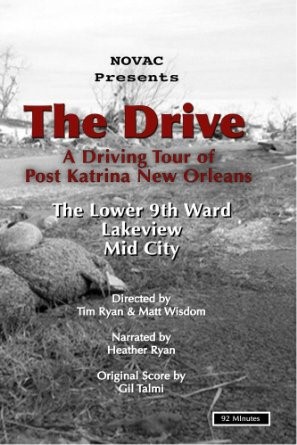 Herbert and Lydia Gettridge raised nine children in the Lower Ninth Ward. Their house, which Mr. Gettridge built on land he purchased in 1943, took on 10 feet of water when the levees breached. Five of their children who owned homes in New Orleans also lost everything. Over the year and a half that reporter June Cross follows him, Mr. Gettridge battles with the city, the insurance company, and the bureaucracy of the state-run Road Home homeowner assistance program. In June 2008, Lydia Gettridge came home, but her return was bittersweet. By sheer force of will, Mr. Gettridge had managed to rebuild their home of more than 65 years. Would he do it over again? "I'm kind of skeptical about that now," Herbert Gettridge replies. "Once upon a time, I could answer that question in a split second for you; I can't do that now."          PBS Home Video, ©2009

"In the aftermath of Hurricane Katrina, two filmmakers, drawn together by outrage, take a sixty-day road trip from New England to New Orleans. Along the way they meet evacuees and witness the loss, dignity, perseverance and humor of people who have become exiles in their own country. The breakdown of trust between a government and its citizens, the influence of race, class, and gender, as well as the ethics of documentary filmmaking itself, form the backdrop for this universal story of the search for home"--https://www.theaxeintheattic.com/about-synopsis.shtml          IndiePix, ©2009

When the Levees Broke A Requiem in Four Acts, DVD 3180

The world watched in horror as Hurricane Katrina hit New Orleans on August 29, 2005. Many were shocked, not only by the scale of the disaster, but the slow, inept and disorganized response of the emergency and recovery efforts. Structured into four acts, each dealing with a different aspect of the events that preceded and followed Katrina's catastrophic passage through New Orleans. Tells the heartbreaking personal stories of those who endured this harrowing ordeal and survived to tell the tale.     HBO Video, ©2006

This follow-up to director Spike Lee's documentary, When the levees broke: a requiem in four acts, focuses on the rebuilding efforts in New Orleans, five years after the devastation of Hurricane Katrina. Bookending stories of individual heartache and perseverance are two momentous events: the historic 2010 Super Bowl victory by the New Orleans Saints and the disastrous British Petroleum oil spill in the Gulf of Mexico.          HBO Home Entertainment, ©2010

"'The Storm' examines the first critical hours of local, state, and federal emergency response to Hurricane Katrina. Why were there so many bureaucratic and communication failures? Why did decades of disaster planning still leave New Orleans unprepared? FRONTLINE investigates the decisions made before Katrina and in the desperate moments when New Orleans devolved into chaos"--Container.                       PBS Home Video, ©2005

Beasts of the Southern Wild, HDDVD 193

"Hushpuppy [is] a tenacious six-year-old force of nature in an isolated bayou community. When her tough but loving father Wink ... succumbs to a mysterious malady, the fierce and determined girl bravely sets out on a journey to save him. But Hushpuppy's quest is hindered by a "busted" universe that melts the ice caps and unleashes an army of prehistoric beasts"--Container insert.          Twentieth Century Fox Home Entertainment, [2012]

"Nolan Hayes ... arrives at a New Orleans hospital with his pregnant wife, Abigail..., who has gone into early labor. Things quickly spiral out of control when the birth goes tragically wrong and Hurricane Katrina hits, ravaging the hospital and forcing an evacuation. With his baby dependent on a ventilator and no one around to help, Nolan faces one life-and-death decision after another and must fight to keep his daughter alive".                       Lionsgate [2014]

Amid the ruins of New Orleans, ordinary people--musicians, chefs, residents--find themselves clinging to a unique culture and wondering if the city that gave birth to that culture still has a future.          Warner Home Video, [2011]

All material included in this display may be circulated from the Film & Video Collection Service Desk. Please see staff for circulation assistance, or to find additional media material related to this topic. 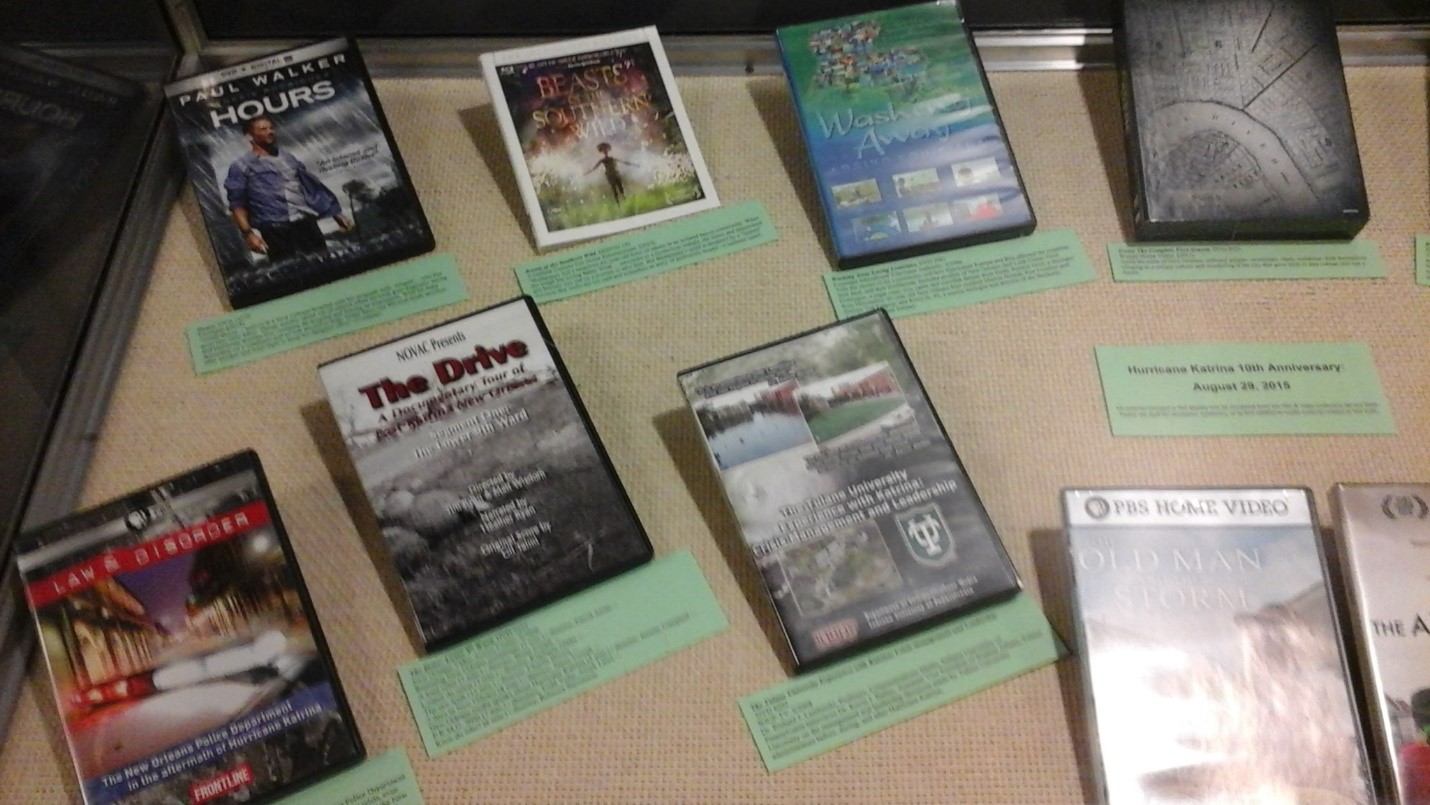 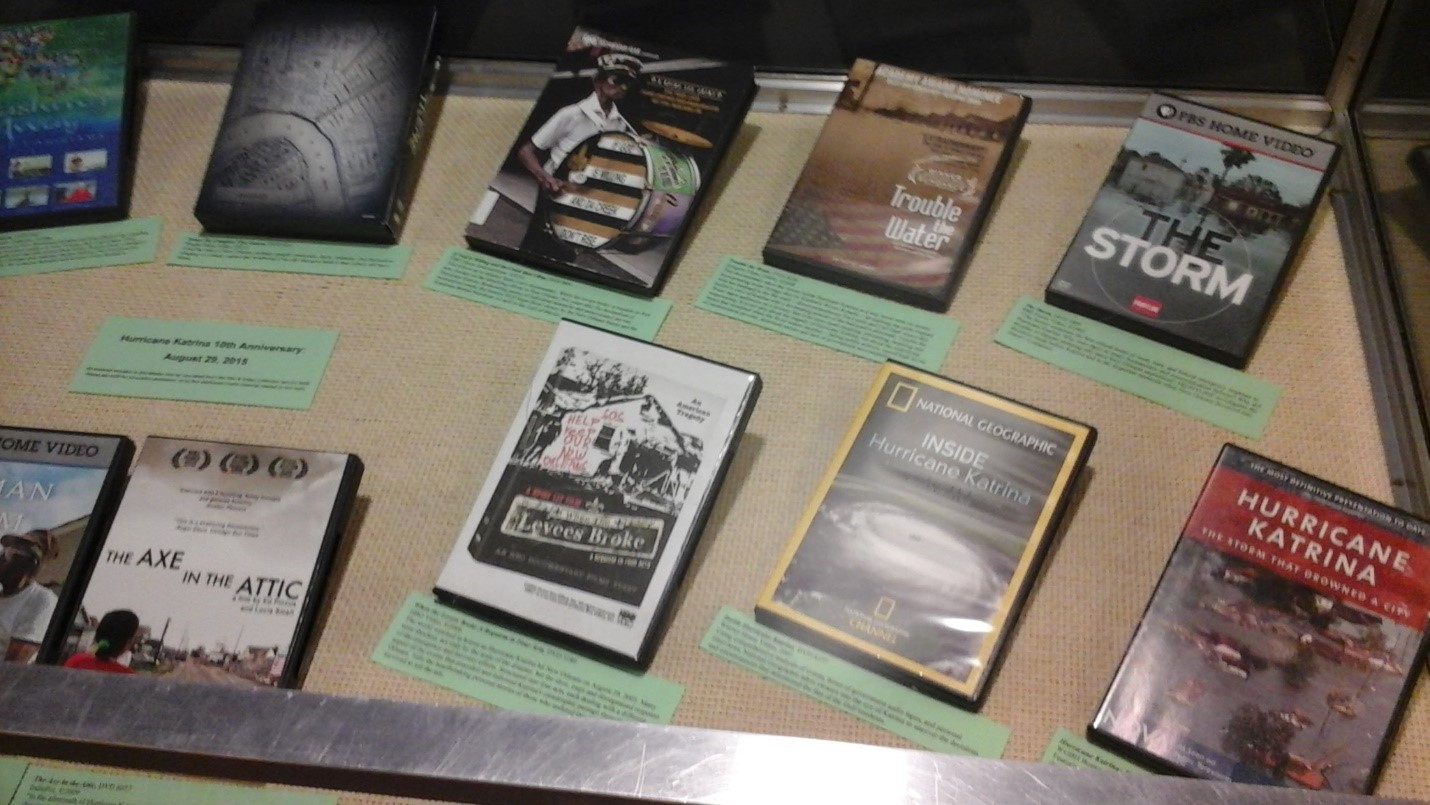 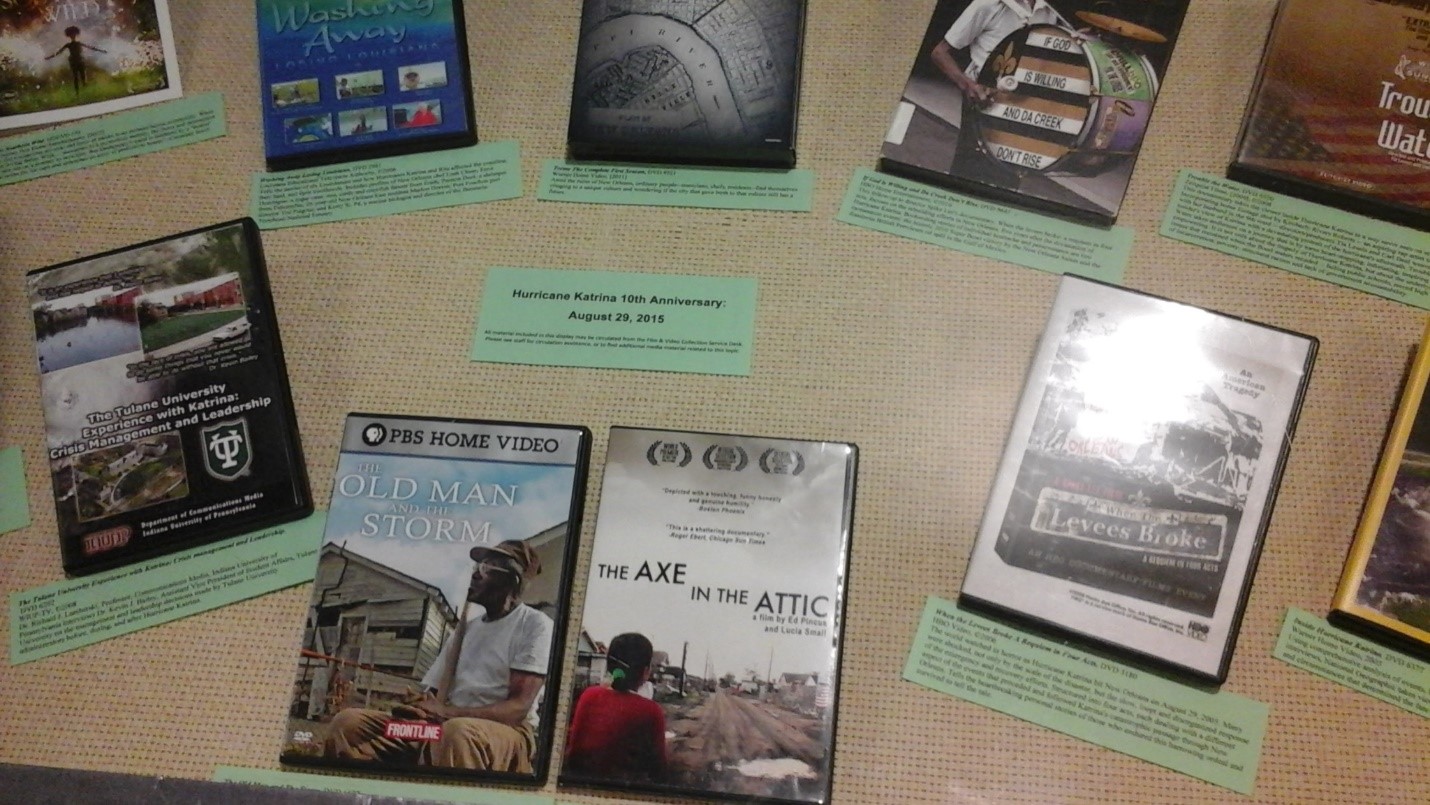 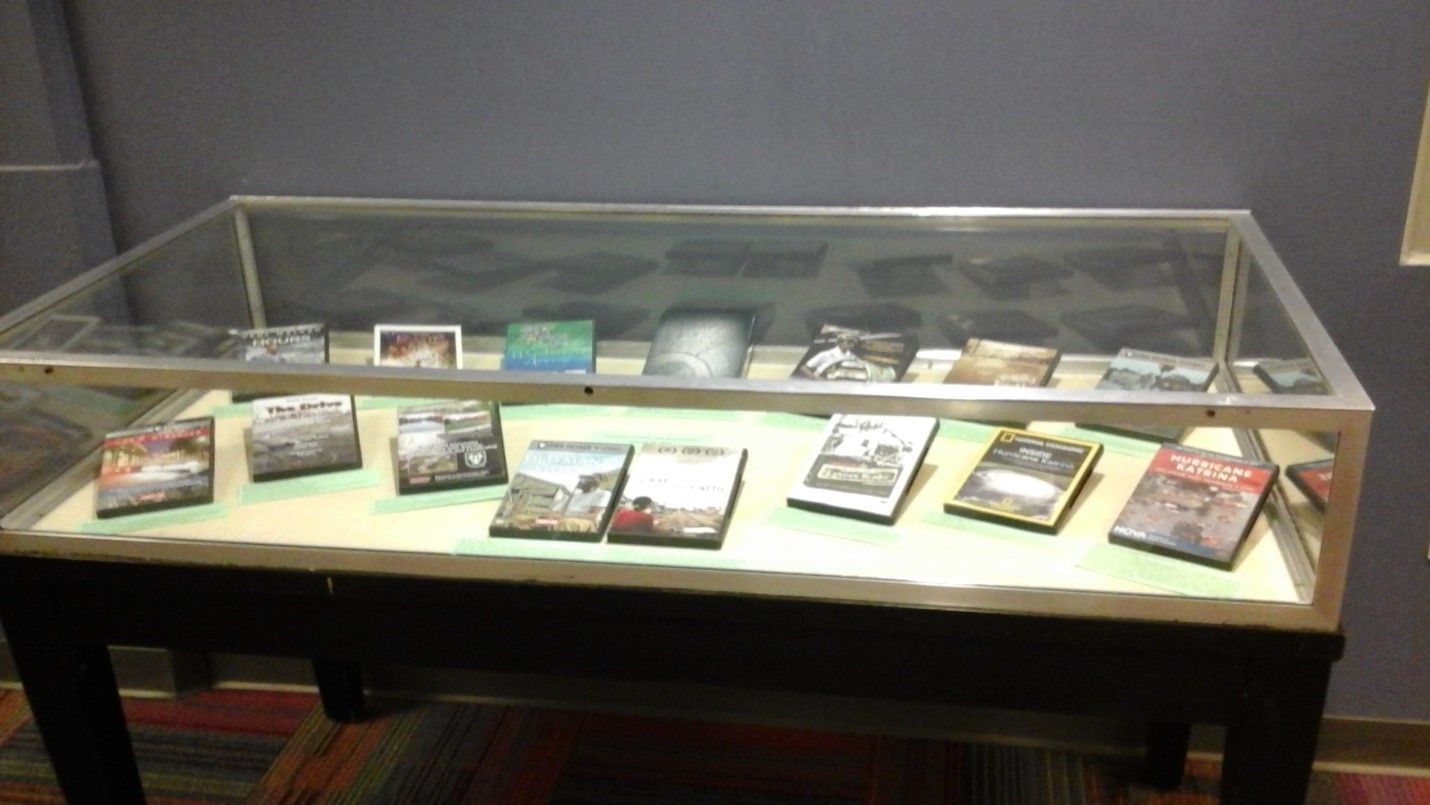 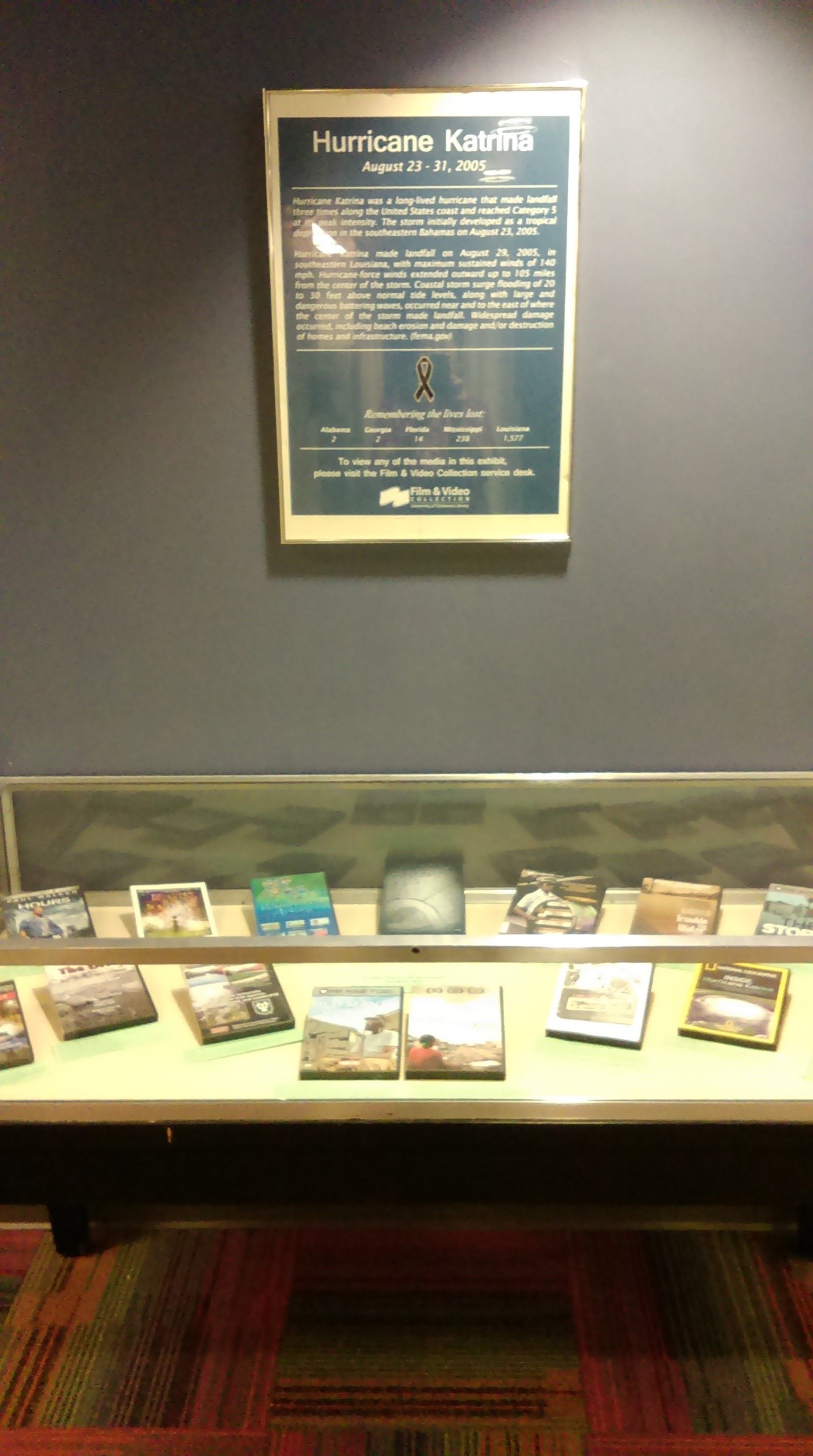 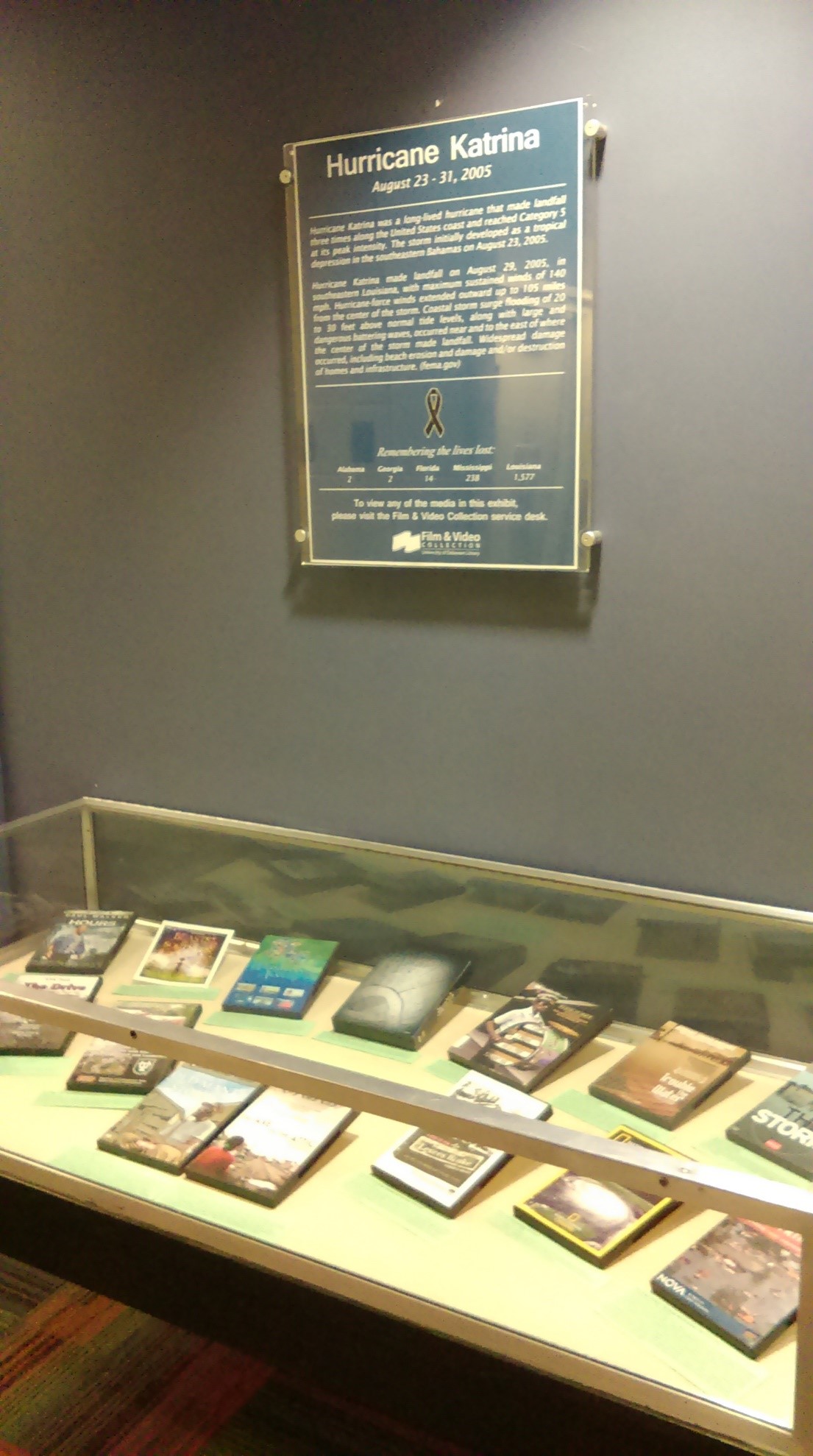 Based on the true story of basketball coach and mentor Al Collins, who led his team to victory after Hurricane Katrina ravaged their homes and destroyed their spirits. Collins attempts to create a winning basketball team using players from five of the hardest-hit high schools in the area. Takes a look at the disaster and shows how heroes can rise from the most devastating of circumstances.