A silent film is a film with no synchronized recorded sound (and in particular, no audible dialogue). In silent films for entertainment, the plot may be conveyed by the use of title cards, written indications of the plot and key dialogue lines. The idea of combining motion pictures with recorded sound is nearly as old as film itself, but because of the technical challenges involved, the introduction of synchronized dialogue became practical only in the late 1920s with the perfection of the Audion amplifier tube and the advent of the Vitaphone system.[1]

The term "silent film" is something of a misnomer, as these films were almost always accompanied by live sounds. During the silent era that existed from the mid-1890s to the late 1920s, a pianist, theater organ 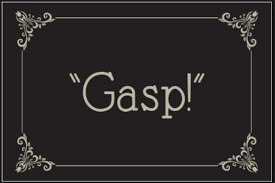 ist—or even, in large cities, a small orchestra—would often play music to accompany the films. Pianists and organists would play either from sheet music, or improvisation. Sometimes a person would even narrate the intertitle cards for the audience. Though at the time the technology to synchronize sound with the video did not exist, music was seen as an essential part of the viewing experience. The term is also frequently used to describe sound-era films that have a recorded music-only soundtrack without dialogue, such as City Lights and The Artist.

Most early motion pictures are considered lost because the nitrate film used in that era was extremely unstable and flammable. Additionally, many films were deliberately destroyed because they had negligible continuing financial value in this era. It has often been claimed that around 75 percent of silent films have been lost, though these estimates may be inaccurate due to a lack of numerical data.  --Wikipedia