The Constitution on permanent display (Charters of Freedom) at the National Archives was inscribed by Jacob Shallus on parchment. 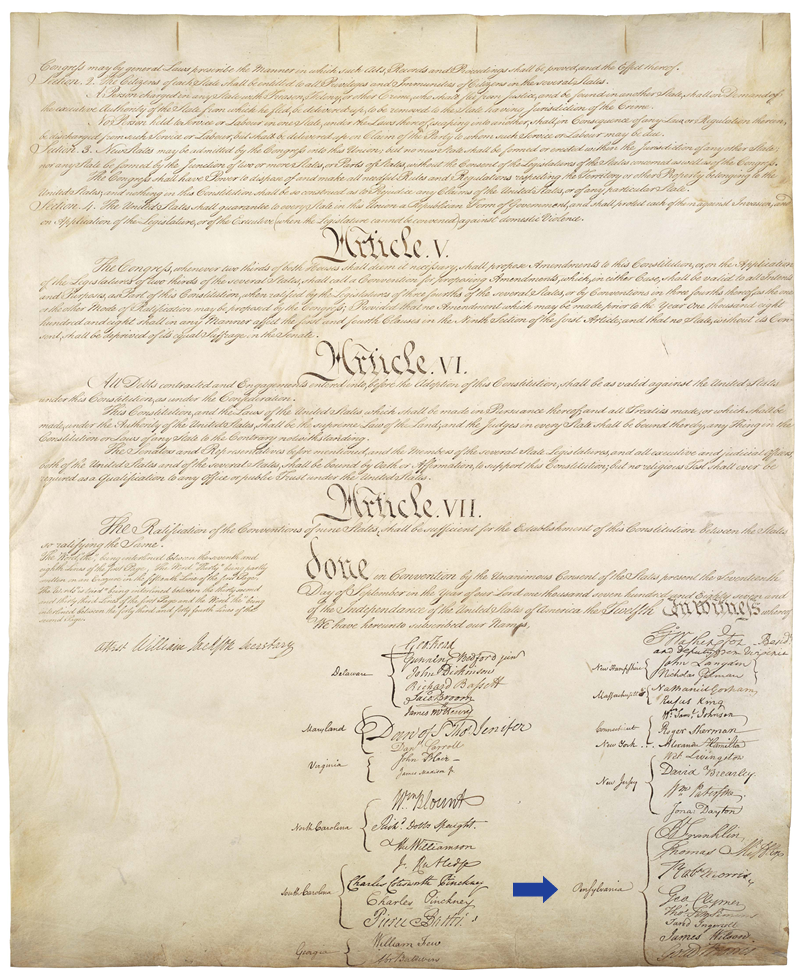 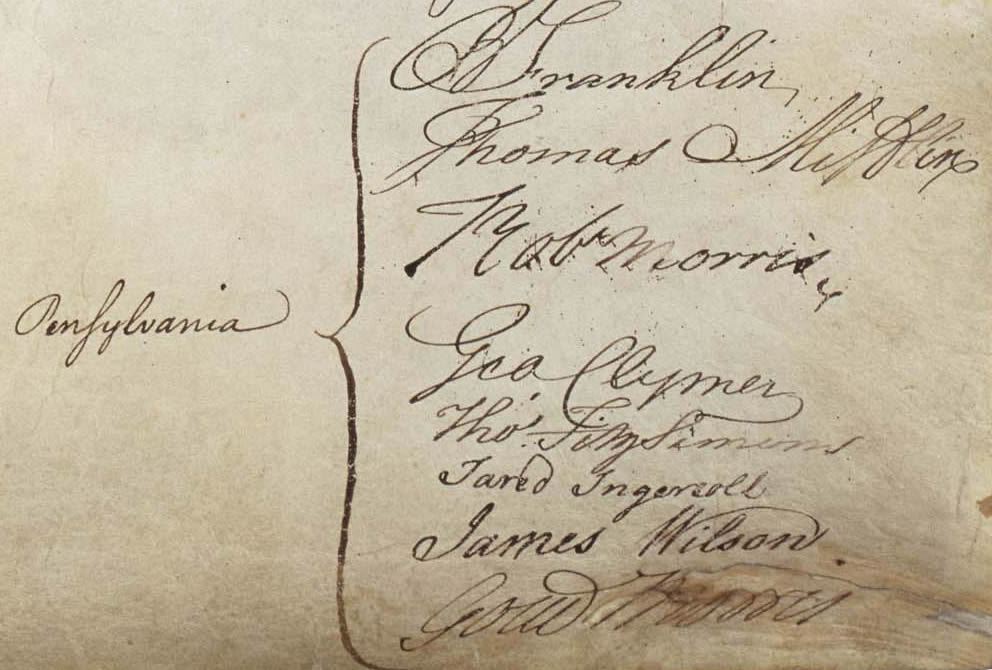 Jacob Shallus, a clerk of the Pennsylvania General Assembly, was chosen to write the manuscript. But it was a short amount of time for the work and Shallus made some mistakes. He edited in the corrections and then created a list of the corrections at the end of the document on page four. 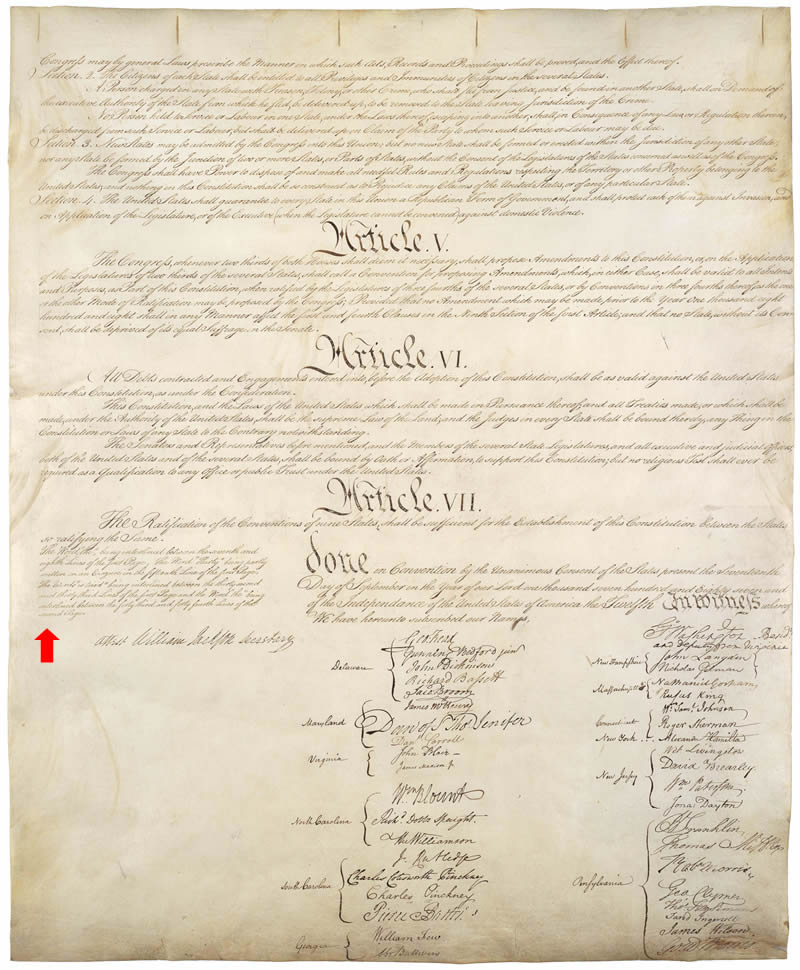 There is the signature of someone who was not a delegate:

Barely visible on the left side of page 4, is the name William Jackson. Jackson was the Secretary to the Convention.

One delegate signed twice; once for himself and once for another delegate:

George Read from Delaware signed the name of fellow Delawarean John Dickinson. Dickinson had been forced to leave the Convention early due to illness.

There is a signature "by" someone who wasn't there?

John Dickinson, delegate from Delaware, had to leave the Convention early due to illness. He authorized fellow Delaware delegate George Read to sign for him. So John Dickinson was the signer who did not sign.

There is a signature by a delegate who was not authorized to cast a vote for his state.

Alexander Hamilton signed for New York. But there were three delegates from New York. When his fellow delegates, John Lansing and Robert Yates, left on July 10, leaving no majority of delegates, New York no longer had a vote.