Genealogy: Names: What's In A Name?

What's In A Name? Tips on Searching for Personal Names in Genealogical Resources 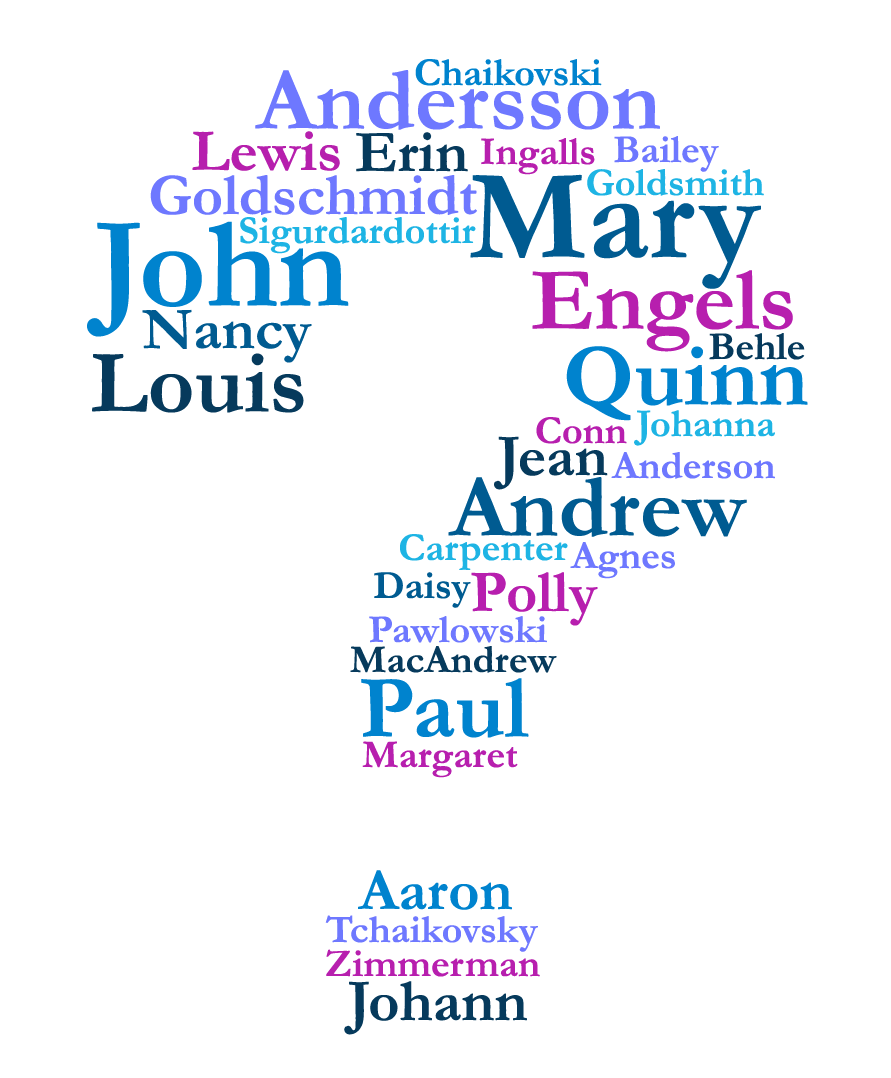 Of all the problems encountered in genealogical research, names are some of the toughest.

Here you will find some common problems you may encounter and some tips for working with them. 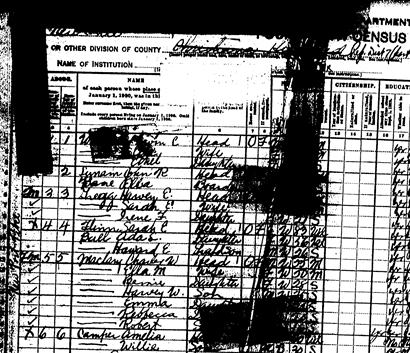 1. Different Persons with the Same Name

Relatives can have the same surname and given names. Children can be named after relatives, living or dead. First names may even be repeated in the same family in the same generation. If a child died young, the next child of the same sex may be given the same name.

Many cultures believe in honoring their elders by naming children after them.

Pay attention to religious or ethnic or national practices. Use genealogy guides to learn about the culture and society.

In some cases, repetition of names follows a formal pattern.

Example of a common naming pattern (from In Search of Your British and Irish Roots. Link to description.)

Children might be given a "spiritual" (or saint’s) name and a "secular" name (a use or call name, Rufnamen). All the children of the same gender might have the same first name. Johan (Johann, John) and Georg (George) were popular for boys and Anna (Ann), Catherine, and Maria (Mary) were popular for girls.

Johan Geog, Johan Frederick, Johan Jacob. Each of these people would use their “middle” name as their given name.

There are coincidences; be careful not to make too many assumptions.

Person marries someone with the same last name. Man has a wife and sister with same name. Man's first and second wives had same name.

"Your" person's name may be written or spelled in various ways in different records.

Note: it is often stated that family names were deliberately changed by Immigration officials at Ellis Island. But studies show that this is overstated. Changes could have been due to bad communication, transliteration, phonetic spellings, people wanting an American name, etc.

Records will often use abbreviations for names that were common in those times. Additionally, there may be alternate forms. William=Wm. or Wm or Thomas=Tho. or Thom.

Non-gendered or unisex names – names that do not specify a gender or could be either. Bailey, Dale, and other names give no clue whether the person is male or female.

Names like Aaron and Erin that sound alike can cause problems.

First name could be last name

Be alert, be aware.

Know your family. Don't neglect the collateral lines (brothers, sisters, etc., not in your direct line of descent). Brothers, sisters, cousins, etc., often named their children for each other. Look for patterns.

Make a surname list with spelling variations. Keep good notes on what you have searched and what spellings you searched where.

Think of possible phonetic spellings, say the names out loud, ask someone else how they would spell the name.

Surname resources and family histories: is there a published genealogy on your family? Is there a surname association or society? Is anyone researching your name?

Fuzzy searching (“Did you mean?” – word roots or spelling variations). Used by Google, other search engines, and some databases. Example: search for Phillipines in Google.

Search the same information in other databases or the old print indexes or on microfilm. Different indexes or formats may omit names or interpret handwriting differently.

"A Rose by any other name might be called Polly, Molly or Maude."

"Deciphering The First, Middle and Nicknames of our Ancestors." By Kathy Jones-Kristof. [Webpage no longer available.]

There are many common nicknames. Knowing nicknames can help you identify or verify individuals.

Sometimes a choice of nickname comes from the family's background. In Scottish custom, an Agnes might be called Nancy.

As always, use good judgment and multiple sources in your research. Example: you can't always assume that a name is a nickname for another name. Sometimes Sallie is just Sallie.

Many of the German given names are listed as French versions of the names. 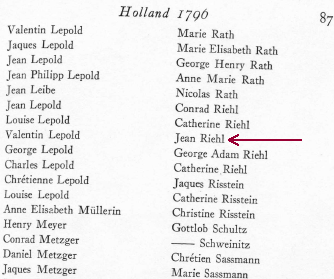