Caring for Your Records / Archival Information

Companies of interest (endorsement not implied):

There are volunteers who will find obituaries or other articles for you. The more information you have, the better. Without a death date, it is unlikely that anyone can locate an obituary for you.

Genealogical societies in the area you are searching. They may have lists of local volunteers or professional researchers.

Listing here does not imply endorsement.

Forms to Record Your Genealogical Information

Whether you choose to use a computer program or to use paper for your research, there are paper recording forms that will help you. Recording forms will help you take notes and interpret sources. There are many free sources of forms in books and on the internet. 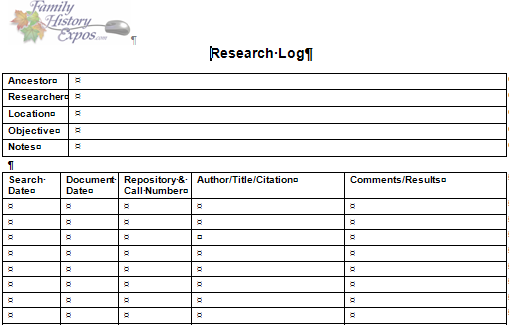 Pictures: Can You Identify These Pictures?

Individuals can petition Congress to give relief, such as redress grievances or make payments. Many of these claims involved veteran's pensions.

Claims are published as Congressional documents.

A petition is a written request to either house of Congress asking that something be done. The petition contains a prayer that the requested action be taken.

A memorial contains no prayer and is generally a document in the form of a petition that opposes a contemplated or proposed action. Some petitions, especially those of state legislatures, take the form of resolutions.

Private laws affect a specific person or organization, not the public at large. Private laws are published in the U.S. Statutes at Large.

Note: federal restrictions enacted in March 2014 required that newly reported deaths not be made available in the public version of the Social Security Death Index for three years after the individual's death.

Writing and Publishing Your Family History

publish your own book